BCM is Temporarily Closed Until April 7

BCM joins other local cultural institutions that have closed their doors as a result of concerns about the risk to the public for exposure to the coronavirus.

From Rituals to Runways: The Art of the Bead 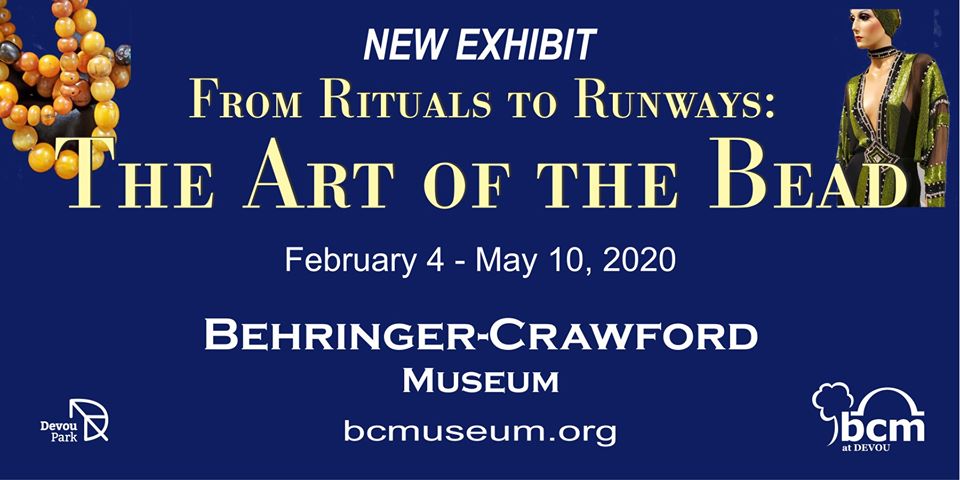 If you don’t have tickets for Cher’s Cincinnati concert on April 7 (or even if you do!) you can still get an up-close look at some of the music icon’s glittering and glamorous costumes at Behringer-Crawford Museum.

Four of Cher’s dazzling beaded outfits will be on display as part of the museum’s newest exhibit, “From Rituals to Runways: The Art of the Bead.” The costumes, mostly created through the Tambour beading process, were designed by celebrity Hollywood designer Bob Mackie and worn by the star for the Sonny & Cher TV show and concerts during the 1970s.

The exhibit celebrates the art and integral roles that beads have played in society over the centuries, from prayer and devotion, to art, fashion and décor. They’ve been made from wood and stone, bone and tooth, glass, plastic and gemstones – all of which are represented in the exhibit, which runs through May 10.

Read CityBeat Article on From Rituals to Runways: The Art of the Bead

Watch WLWT Clip: From Rituals to Runways: The Art of the Bead

Read Article by Movers & Maker's on From Rituals to Runways: The Art of the Bead 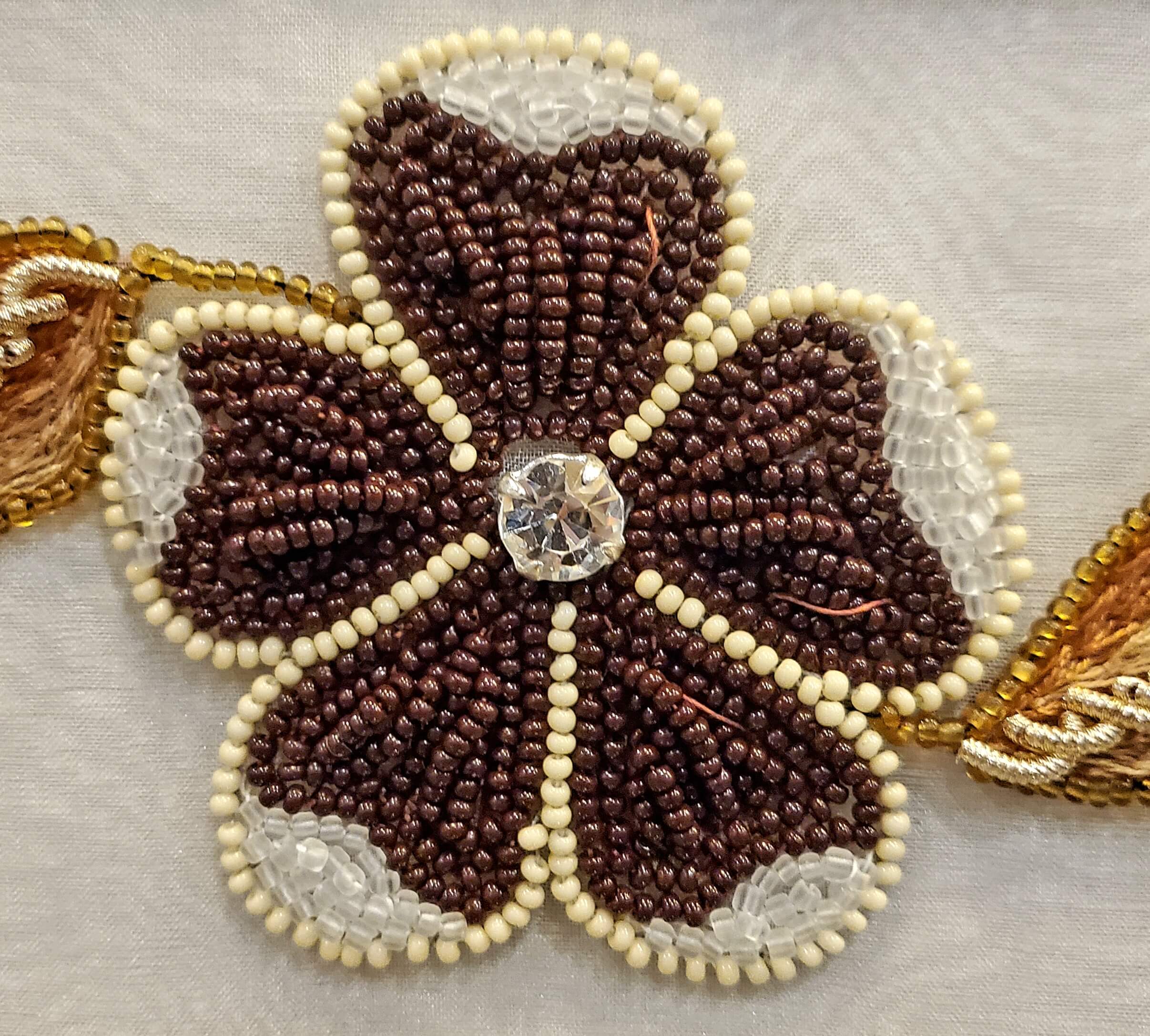 Tambour Beading Workshops: This high-fashion, hand-beading technique will be taught by beading master Robert Haven, owner of Bead Embroidery and Design Studio in Lexington, KY.  Haven has taught master classes in beading around the world and his work has been featured on ABC’s “Good Morning, America.” He will conduct three four-day workshops, each on two consecutive weekends starting February 22, March 7 and April 18. Sessions run from 9:30 a.m.to 4 p.m. on Saturdays and 1-5 p.m. on Sundays. Cost is $380 for BCM members and $400 for non-members, which includes all tools and supplies. Classes are limited to 10 participants. 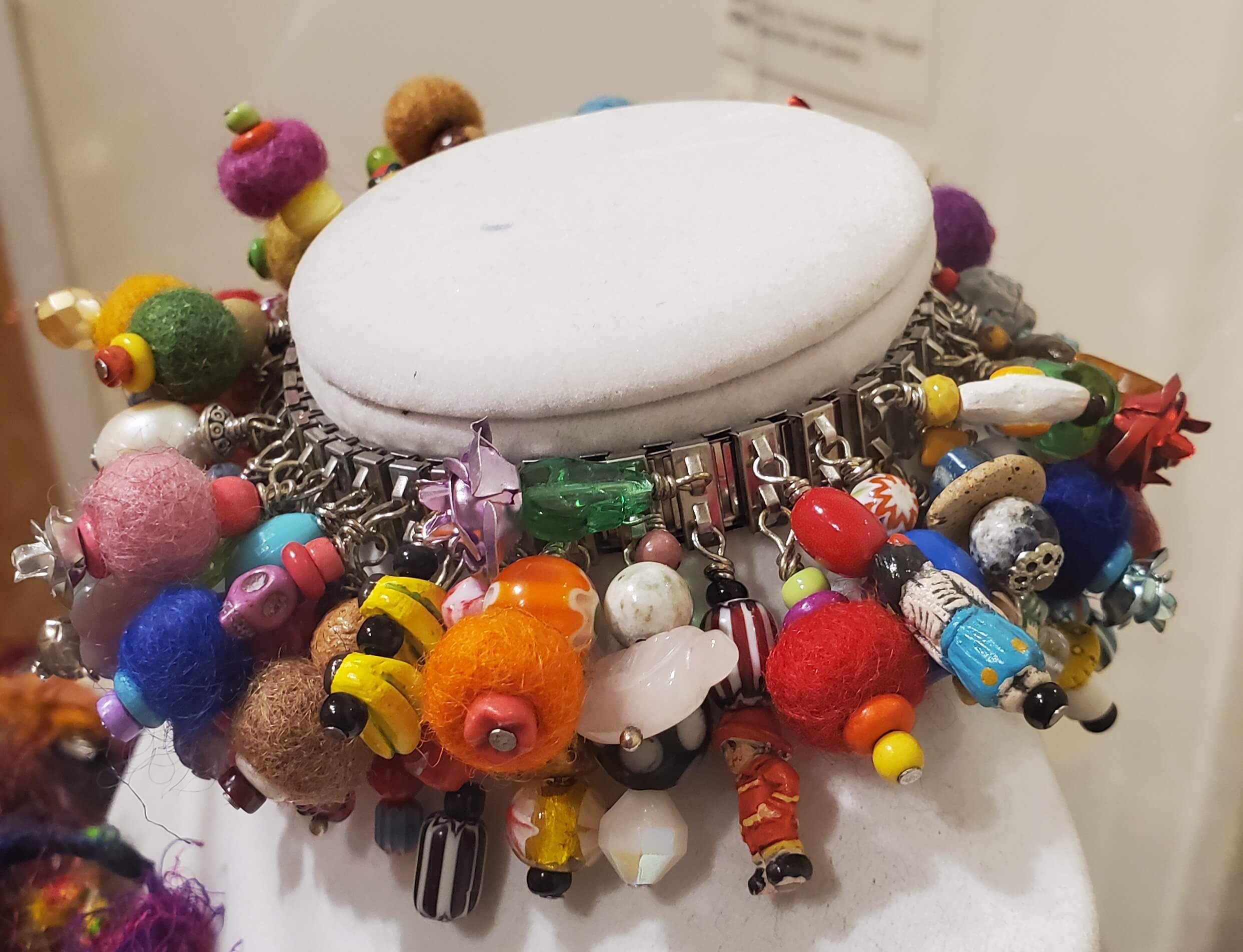 Beaded Jewelry Workshops: Learn how to create your own necklaces, earrings and bracelets in “Bodacious B’s Beadathons,” classes taught by Becky Hancock, owner of St. Theresa Textile Trove. Two one-day beginner’s classes will also be offered from 11 a.m. to 4 p.m. April 14 and April 29. Cost is $40 for BCM members and $50 for non-members, including supplies and tools. Participants should bring a lunch. Class limit: 12.

Brown Bags with Beads: BCM’s February and April Brown Bag Luncheons will feature two of the beading experts who will be leading workshops during the exhibit. Thursday, Feb. 20 will feature "The Art of Tambour Beading” with Robert Haven. On Thursday, April 16, the topic will be “The Art of Beaded Flowers: The History of French Beaded Flowers, Including the Victorian Era, 1960s and 21st Century” by Caren Cohen. The times for both events are noon to 1:30 p.m.  Bring your own brown bag lunch. Drinks and desserts will be provided. Cost: $3 for BCM members; $10 for future BCM members. Reservations recommended. 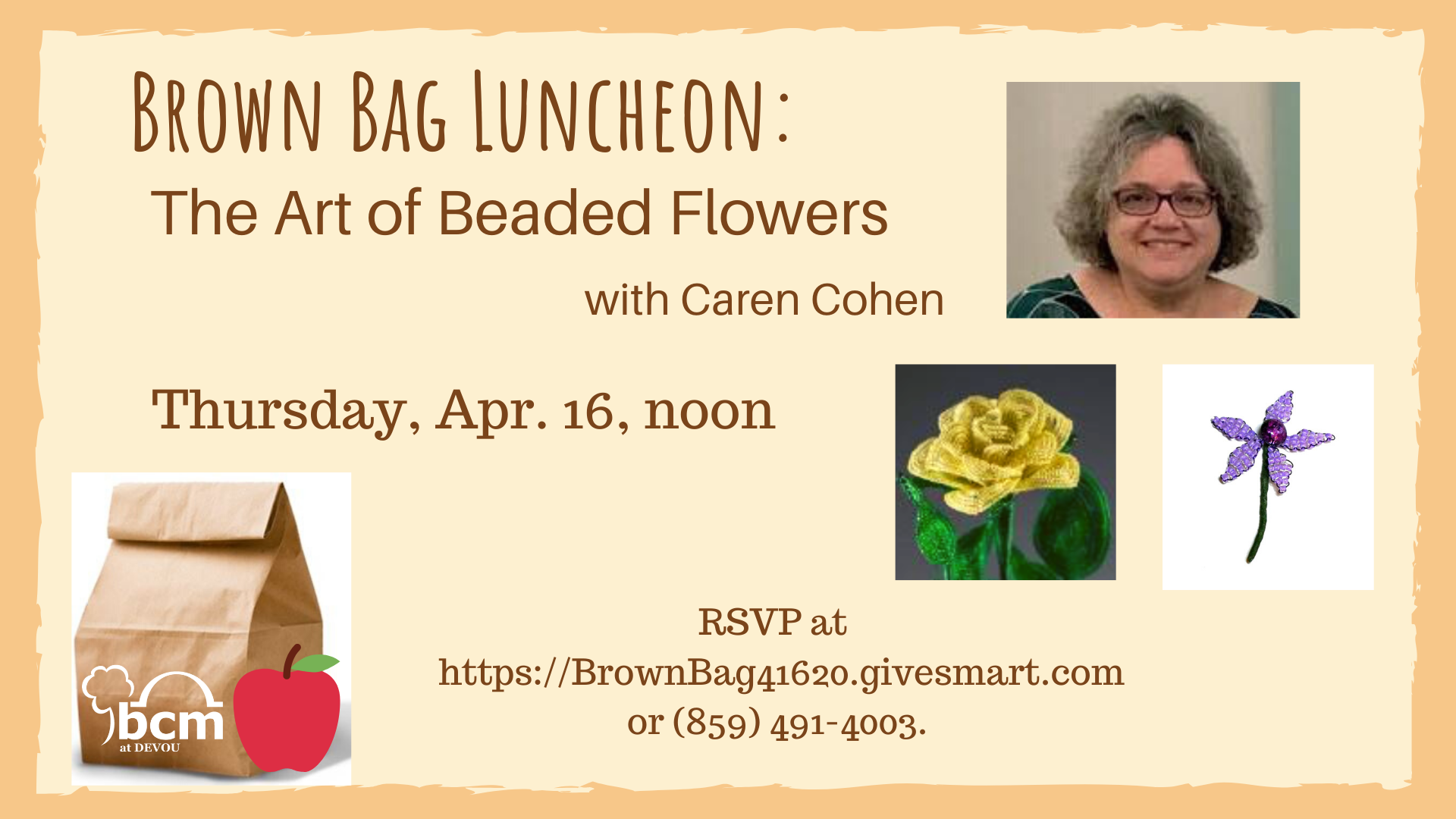